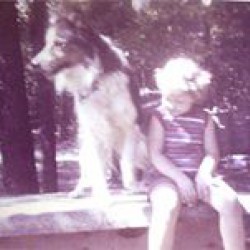 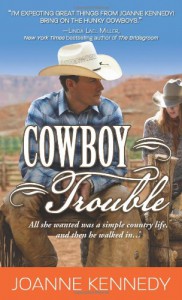 Libby moves to Wyoming after her dog dies and learns her boyfriend is sleeping with her ex boss. She has sworn off men and wants to make her dream come true by having a chicken farm. As she us unloading her truck her sexy neighbor Luke comes over to help. She likes what she sees but is not taken in by him at first. She has gotten a job at the local paper and finds out about Della, a girl who has gone missing for 2 years now. She meets the local Sheriff, Cash who is a hottie as well. She has both him and Luck watching her and wanting her. Luke doesn't like Cash much and Libby doesn't understand why until half way though the book.

I enjoyed the characters in the book, Crazy Mike is one of them. He is a bit over obsessed with things he likes but over all a big lovable type of guy and Luke's best friend. David who is an ex con gets his life together and is a chef. Josie is a great character as well and is the waitress and works with David. They start a relationship in the book. Luke and Libby are great characters and the banter between them in funny at times.

Libby likes to jump to conclusions at times before she thinks things through and makes a fool out of herself at times. Overall the story is good the formatting for the kindle like everyone else has mentioned it a bit off but that is not the author's fault.